It's a Wonderful Port 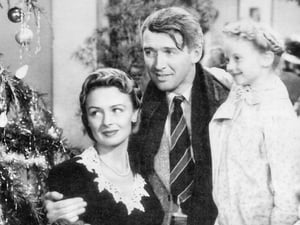 Imagine life in Savannah without the Port and the businesses that support it. You certainly wouldn’t see news like this, reported in a recent editorial in Savannah Now.

Georgia Governor Nathan Deal made it known that that Georgia’s business environment has once again held the number one ranking in the nation by Site Selection a authoritative national trade publication on economic development.

In an interview with the periodical, the Governor had this to say about the state’s sixth consecutive “Top Business Climate” number one ranking:

"The state has put in more than $300 million as its share of that cost, and the federal government is contributing its share, and we're hopeful that project will be complete by 2020 or 2021.

“The Port of Brunswick is the second busiest auto port, and we have made some changes there to expand space for those vehicles. As we see an increase in automotive manufacturing and parts suppliers locating in Georgia, having access to the port for products coming in or going out is very important, and Brunswick is the key to that. The ports are responsible for almost $129 billion in economic impact, and exports have grown by 28.8 percent since I took office in 2011. Thousands of people are working across our state as a result of having robust ports."

It’s nice to see our city recognized as a major economic engine for the region. Savannah Now predicts another record-setting year for business in Georgia, especially around the port. Great Dane, Gulfstream, JCB, Chatham Steel, Target, and Brasseler USA have known this for years and now Wayfair Inc., one of the world’s largest home-goods retailers, have plans to construct a 1.1-million-square-foot industrial center in Savannah which will generate around a thousand jobs and even more activity through the port.

Like old George Bailey, we shudder to imagine Savannah if the port had never been born way back in 1744!