A Look At The United States Top Imports and Exports 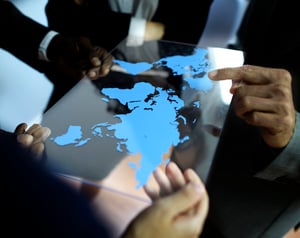 The value of oil imports continue to increase, while the price of oil remains inconsistent. The United States is producing a lot of oil domestically.

Motor vehicles account for more than 10% of all imports in the United States. The US worked with Japanese, Mexican, and Canadian manufacturers.

Cellphones have become a valuable import, as they are now seen by many people as mini computers. Chicago's O'Hare Airport and Dallas Fort Worth International account for most of the cellphone imports into the United States.

Millions of people use computers every day. Most of the imports came from China and Mexico. O'Hare Airport also received high rankings for computer imports.

The value of pharmaceutical pill imports is around $80 billion. The top of the market is made up of European powers Ireland, Switzerland, and Germany.

Miscellaneous items are products that people return for a variety of reasons. The most popular reason involves repairs due to a customer being unhappy with the shipment.

The value of gasoline continues to increase. Gasoline prices vary based on pricing pressures and domestic production.

Aircraft is considered the United States' most valuable export by a wide margin.

The value of exports includes gasoline, as well as other petroleum products. The US Continues to trail behind Mexico and Canada, as the World leader in gasoline exports.

Many analysts project that foreign motor vehicle manufacturers will produce more vehicles in the United States than American manufacturers over the next few years.

The United States often imports the latest and most advanced medical equipment. China, Mexico, Canada, Belgium, and Japan are other world leaders.

If you need logistics services in Savannah, Ga then contact Port City Logistics today! We are your single source logistics provider specializing in port drayage, OTR and warehousing.