What is Supply Chain Management 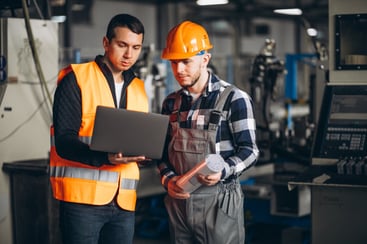 In today's world of business, few goods are both manufactured and sold at the same location.

Rather, raw materials are sourced in one or more locations. These raw materials are then shipped to manufacturers. In many cases, goods aren't manufactured entirely at one location, meaning work-in-process goods are shipped to one or more manufacturers before they're ready for sale. From there, finished goods are usually shipped to warehouses, from which they're distributed to sellers' brick-and-mortar retail outlets or their e-commerce order fulfillment facilities before ultimately being sold.

The management and oversight of the flow of raw materials, work-in-process goods, and finished goods throughout these various phases is referred to as logistics.

Is Logistics The Same As Supply Chain Management?

When it comes to defining terms used in business such as logistics or supply chain management, which is also simply referred to as SCM, there is no simple, single, go-to authority when it comes to differentiating between things like logistics and SCM.

As such, to answer this question, it boils down to this: you're going to get a different answer for virtually every person, business, organization, or another source of information that you consult.

Take, for example, the opinion of the Director of Logistics at one of the nation's largest, most popular producers of drywall - if you didn't already know, drywall is one of the most common building materials used in both residential and commercial structures in modern construction - in the entirety of the United States, American Gypsum. The Dallas-based company's Director of Logistics, Wayne Johnson, said in 2003 that "there isn't a difference" between logistics and SCM when asked for his opinion by Inbound Logistics, one of the most popular magazines in the field in the United States.

In the same article, titled "SCM & Logistics: What's the Difference," the major private corporation National Distribution Centers' Senior Director of Business Development, Mike Kirby, noted that "logistics is a number of sub-processes within SCM," whereas "[SCM} incorporates the field of logistics.

In an article published by Michigan State University earlier this year titled "Is Logistics the Same as Supply Chain Management?" the research university outlined several key differences between the two:

No matter what you call it, logistics is what we do at Port City Logistics. We are your single-source logistics provider in Savannah, GA and we are here to serve you! Do you need warehousing, drayage or trucking services for your good? Then contact us today! We handle the big stuff, so you don’t have to!