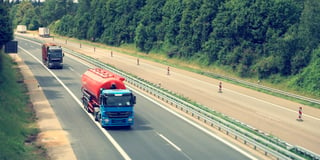 Many changes in logistics have happened over the last few decades. Online shopping made the biggest impact on the logistics model, making efficiency in the warehousing, distribution, and transportation parts of the supply chain more important as companies began to compete through the speed with which they could process orders and deliver the them to the customer’s door. Distribution centers were built near population centers. Third-party logistics companies, including port trucking companies savannah, and last mile trucking online platforms were invented.

The Hours of Service (HOS) Regulations of 2013

The Hours of Service regulations that were imposed in July of 2013 by the Federal Motor Carrier Safety Administration (FMCSA) threatened to put a screeching halt to the progress that was being made in the speed of getting online orders to customers because of the logistics management problems they caused. The new rules were meant to keep over-the-road drivers and the public safer through the restriction in the number of hours that commercial motor vehicle drivers could drive.

Effects of the HOS Regulations:

Trucking stakeholders began to experience some financial loss. The HOS restrictions negatively affected long haul moves by 40.5%, short haul moves by 18.9%, dedicated moves by 23%, and one-way moves by 17.6%. Only one-third of the major trucking companies were able to manage the situation well. Many of the others could no longer afford to stay in business. Source

Because carriers could not afford to absorb the financial losses caused by forced unproductivity, the increased shipping costs were passed on to the customers. For online customers who expected “free shipping,” that meant the increased cost of shipping was added to the product prices.

Consolidation of goods with that of other carriers emerged as a way to prevent goods from sitting idle for hours, but drop hook became more popular.

Carriers began to ask their customers to extend their lead times and to widen the delivery windows of time since their goods were going to arrive later than they did before because of regulations.

In addition to causing an increase in inexperienced OTC drivers, the HOC regulations caused truckers to be even more fatigued than they were before the new rules were imposed. Both factors increase the risk for accidents. The increase in fatigue occurred because the regulations caused drivers to skip the short breaks they needed as they attempted to drive as far down the road as possible within the 14 hours they were allowed to work daily. The regulations were supposed to prevent trucking-related accidents, but they caused an increase in accidents that resulted in deaths. Yet, the rules remain.

Increased Use of Brokerage Transportation Services

Some businesses elected to let a third-party logistics company do the logistics management for them. Port City Logistics of Savannah GA looks at the transportation needs of each prospective customer and finds a way to get their products down the road while also complying with the problematic regulations. PCL also provides warehouse, distribution, and port drayage services.